So after a great National’s last year, another last minute decision was made to compete in  the NX25 National Championships 2017 held at Royal Geelong Yacht Club. While Matt might refer to it the as the “Noelex Intergalactics”, Reedy was very happy to participate in our “Jayco Caravan Racing”!

Quo Vadis was already in Melbourne, having been left with a boat builder to fix the mast base, repair the keel edge, and to sand the hull smooth after the end of Canberra YC sailing season. Matt and Reedy were happy to get onboard again – accomodation was booked at Geelong within walking distance of RGYC (Waterfront Apartments), the boat was scheduled to be ready, and a new North Sail Spinnaker to class specification ordered. 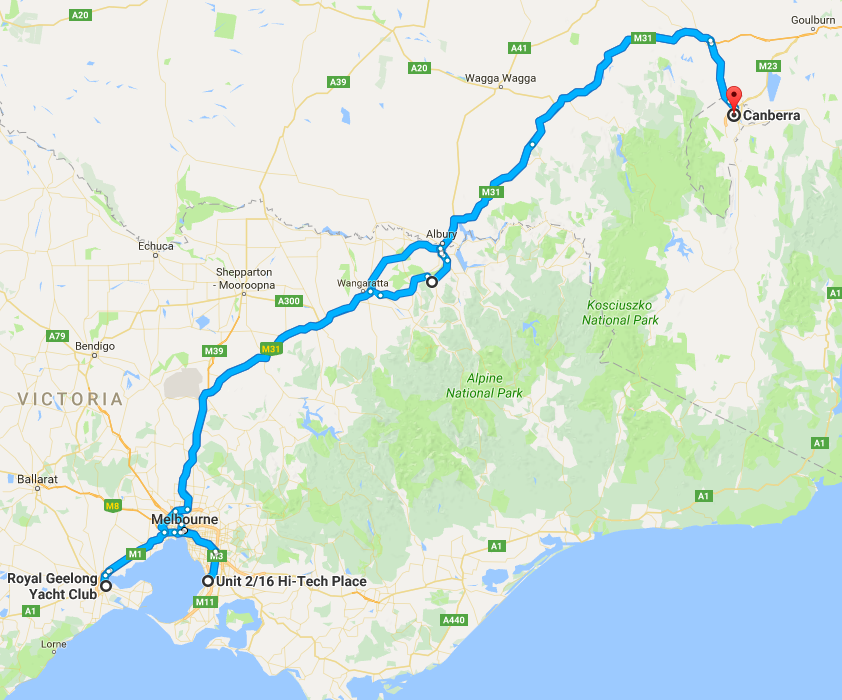 Of course all our plans changed at the last minute with a work commitment in Sydney on the Friday before the regatta. This saw me make a trip down to Geelong the week prior to move the boat from the builder in south east Melbourne to RGYC. Matt & Reedy agreed to drive down to Geelong in my car, while I flew in from Sydney on Jetstar (never again!) The guys launched the boat, while I experienced my first Uber and driven by an old friend from the Middle East. 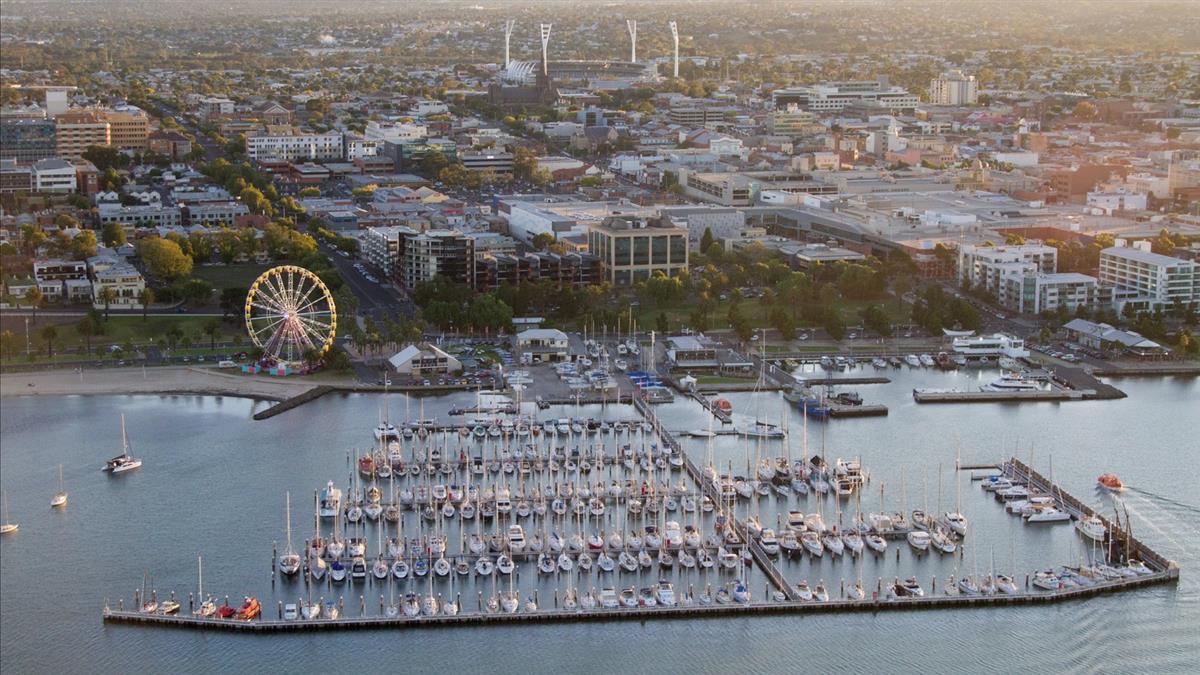 Day One of  2017 GILL Noelex Australian Championships started off well on a light wind, clear Autumn day on Corio Bay.  There were  15 starters launched early on Saturday morning, we went through the registration, inspection and then waited around until lunchtime until a 5- 10 knot breeze started to fill in from across the Bay from the North.

Race 1 saw us called across the line, but with a quick restart Matt was able to get us back into second place after some great sailing. As the breeze died out the course was shortened after two laps.

Race 2 saw dying and shifty breezes which Matt played on the left hand side of the course, and was able to pick up the new breeze to get to the top mark first. We were able to hold this position and lead until the finish.

Race 3 saw a steady 8-10 knots from 280 degrees. Starting ⅓ down from the pin we finished 3rd but were called On Course Side (OCS) by the Race Officer which scored us 16, and put us into 4th place overall. This also saw me in my first protest hearing, seeking Redress from the Race Committee, as we believed that we had been mis-identified as being OCS. It became pretty clear during the protest that we were “that boat” and had been identified pre-start as being across the line and not completely returning for a restart – apparently 20 cm of our stern was OCS at start.

Had a great Noelex Association dinner at RGYC that night, with a guest speaker talking about his solo Bass Strait crossing and Tasmania cruise from Geelong, on a Noelex 30.

NO WIND !! After the OCS on the last race on Saturday, we were really keen for there to be at least one race, which we needed to “drop” Race 3’s score. Having got down to the boat early we sat around the club, while racing was postponed and it soon became clear that it was going to be very unlikely that we would get a race it. We retrieved the boat and sat it on the trailer, adjacent to the ramp, still rigged – just in case the breeze came in. No luck so after a quick pack-up we had a sausage sizzle, followed by the prize giving. Congratulations to Glenn Callings and his team of Dale Collings and Warren Slater on Leewana as they took out their sixth Noelex National Championship.

We got away from Geelong at about 3 pm, and headed off to St Kilda to drop Matt and Reedy off at relatives, so they could collect Willy O and fly back to Canberra that evening. I continued onto Seaford and dropped the boat back to the builder to finish off some work on the keel and the well plug. I was able to get to back to Yackandandah by about 9pm that evening and caught up with V who was on her way back from the Australian Masters Rowing in Nagambie.

All in all it was a great regatta – wonderful to be able to spend the time with Matt and Reedy and get another masterclass in sailing! Also got to spend some time with the association members – universally a really good bunch of people. 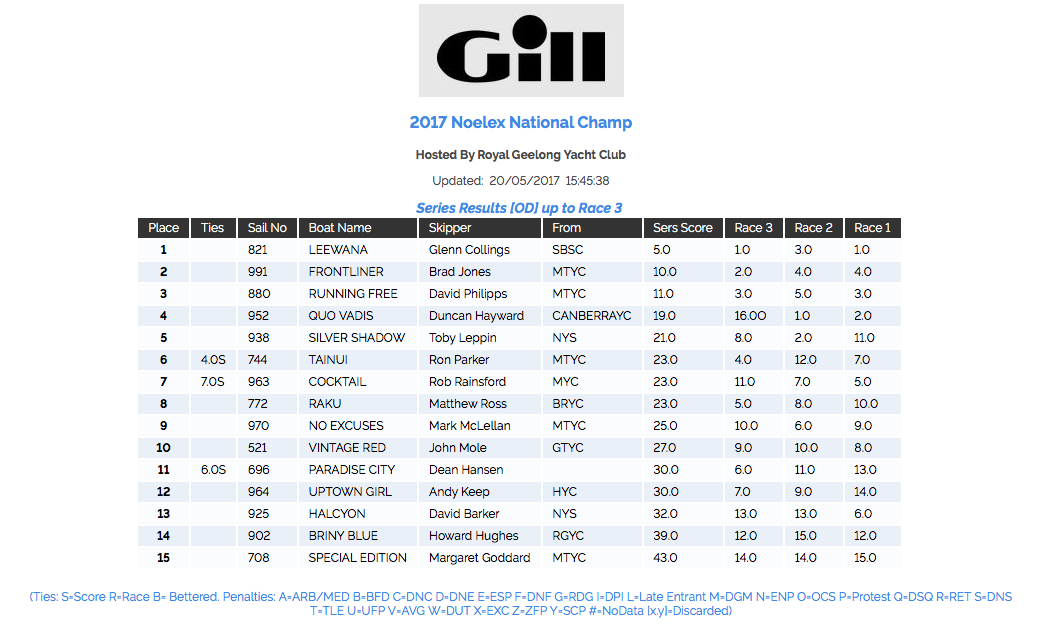 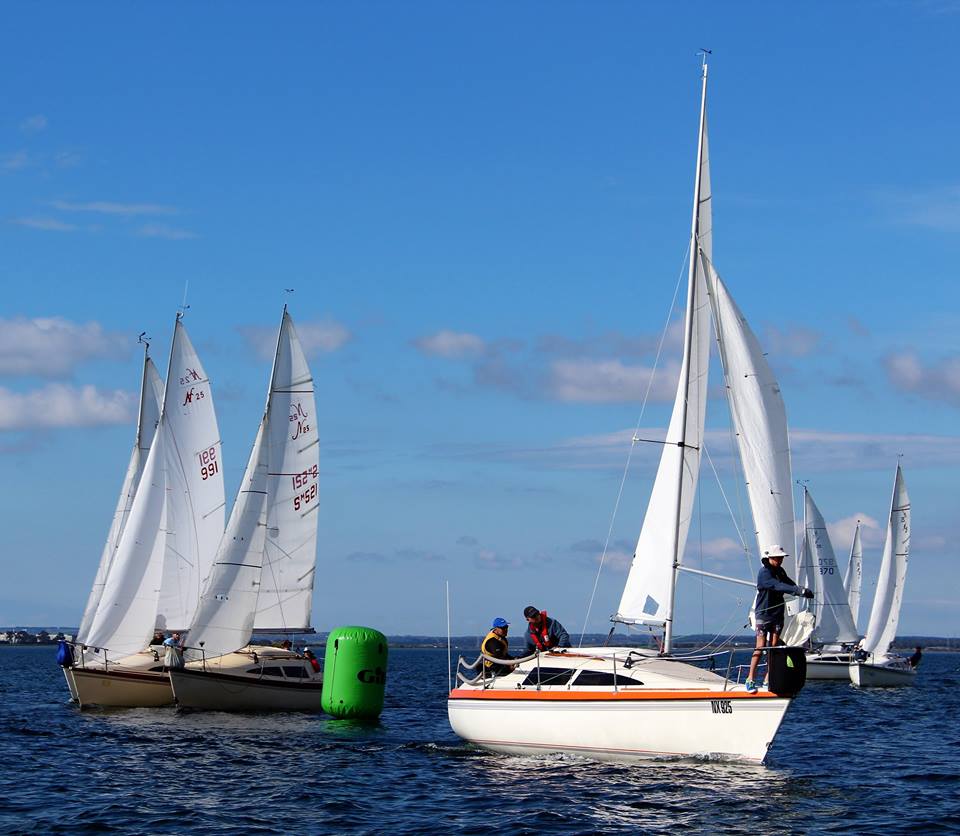 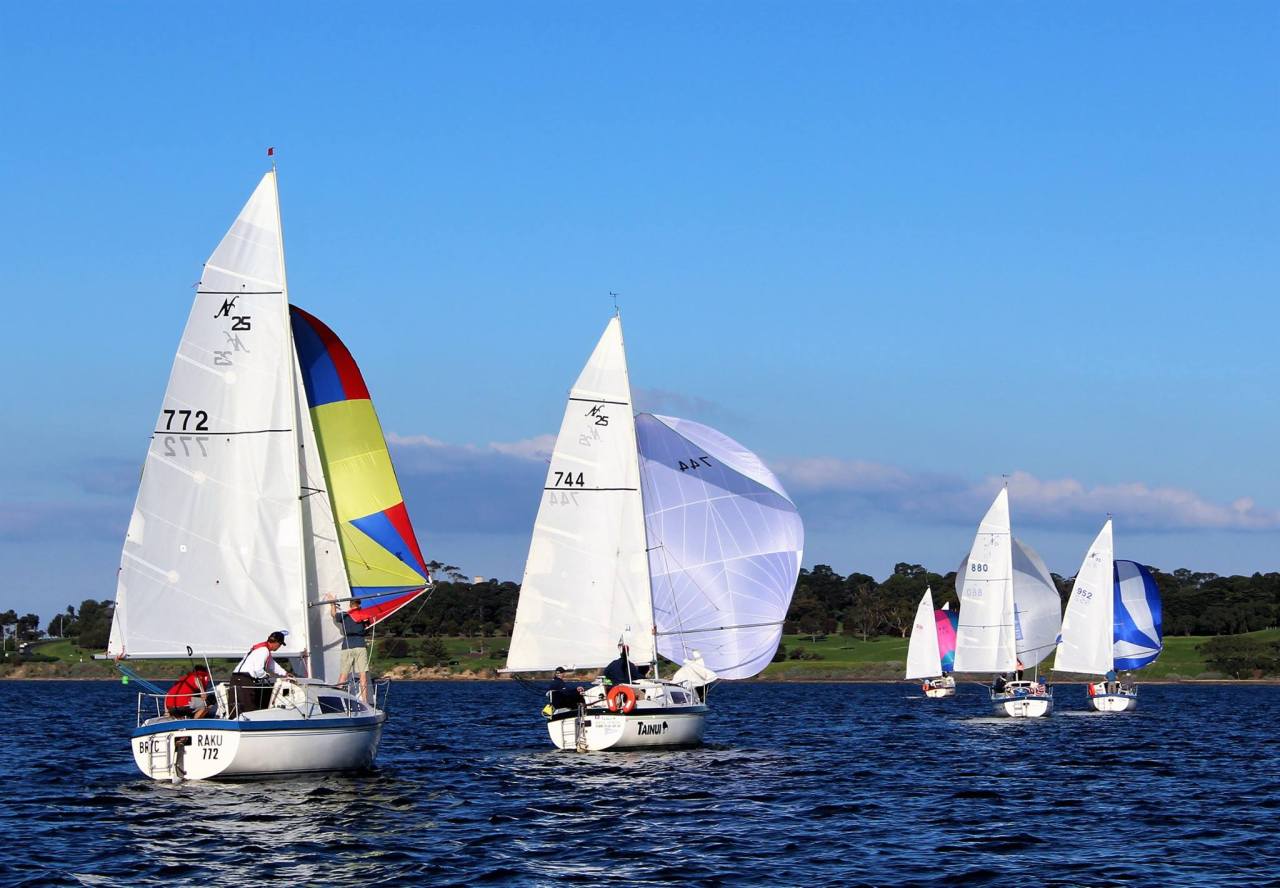 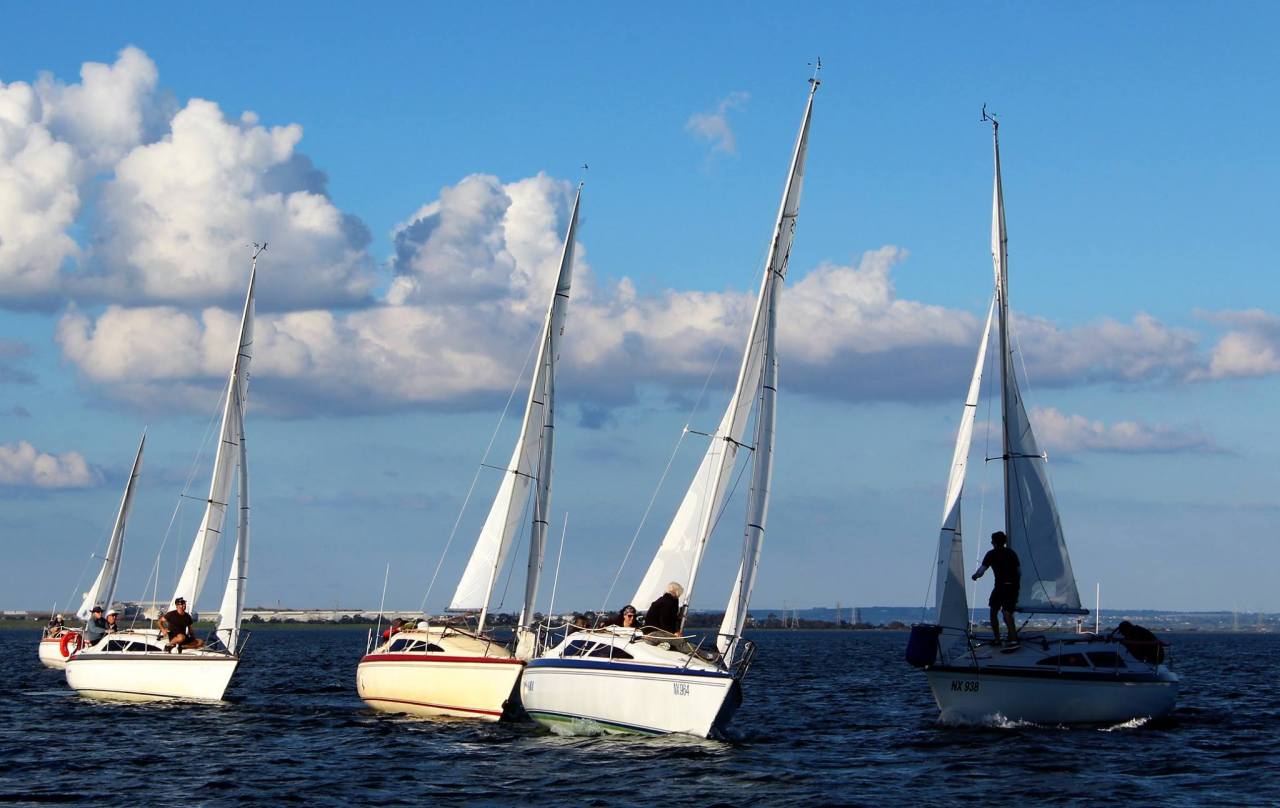 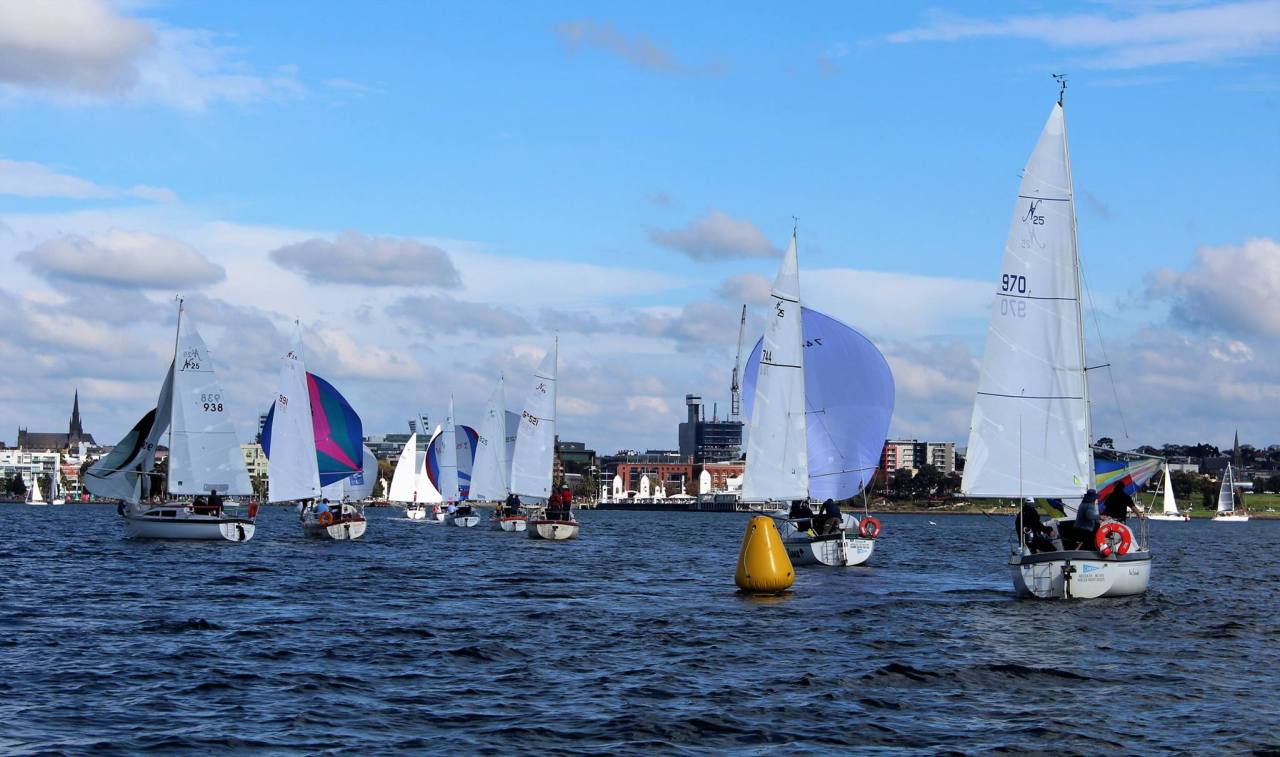 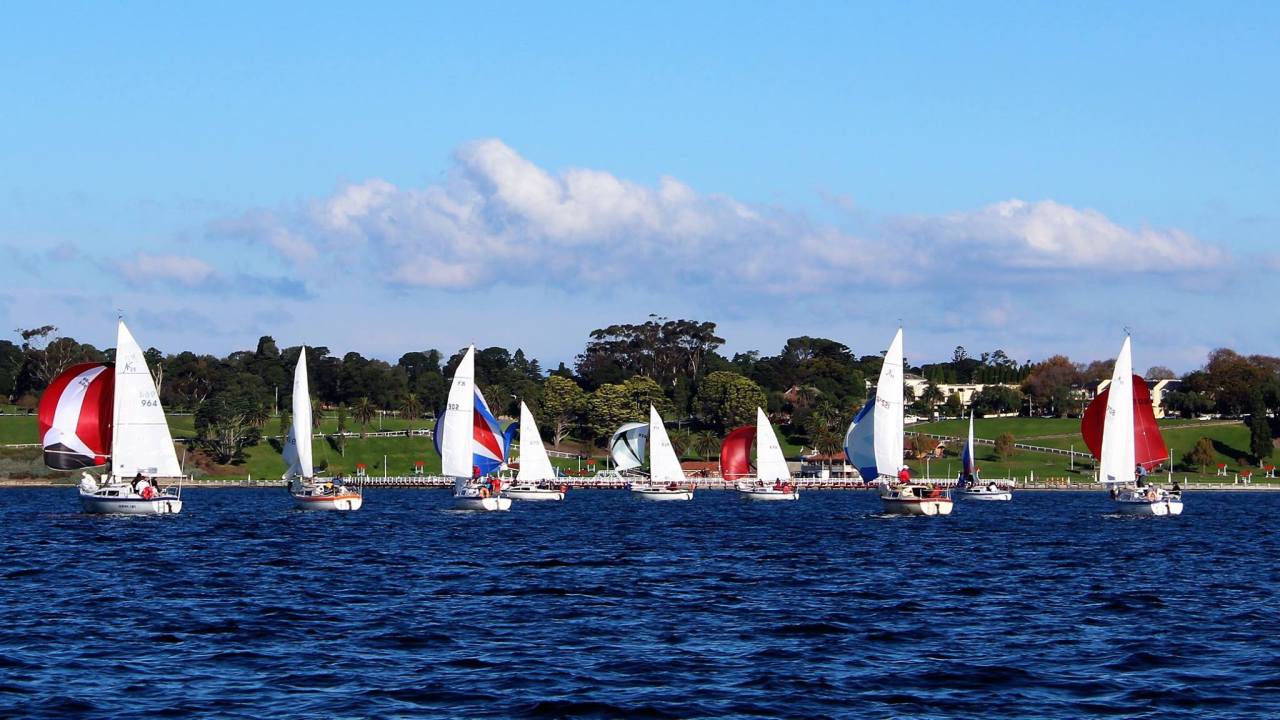 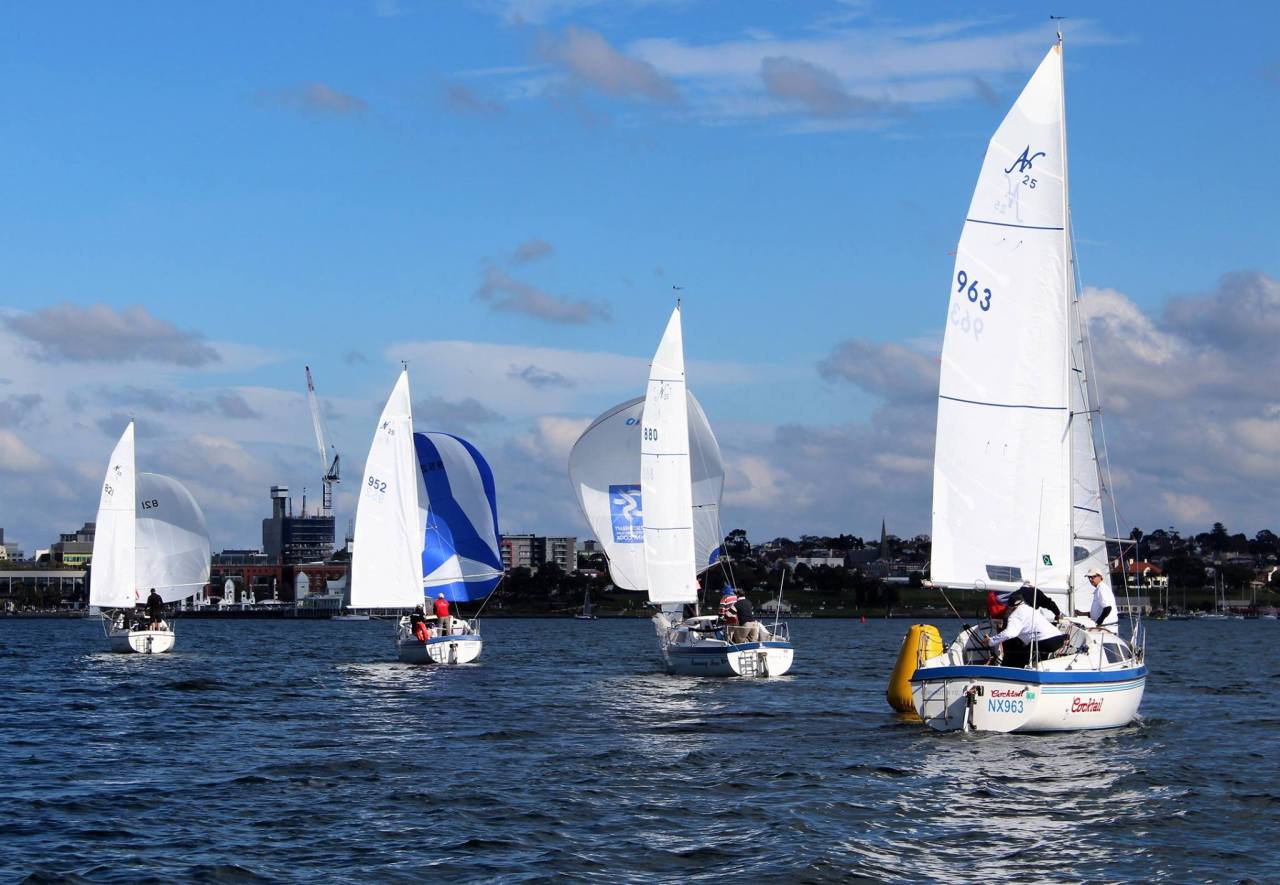 Another great down wind shot of the new white/blue spinnaker! 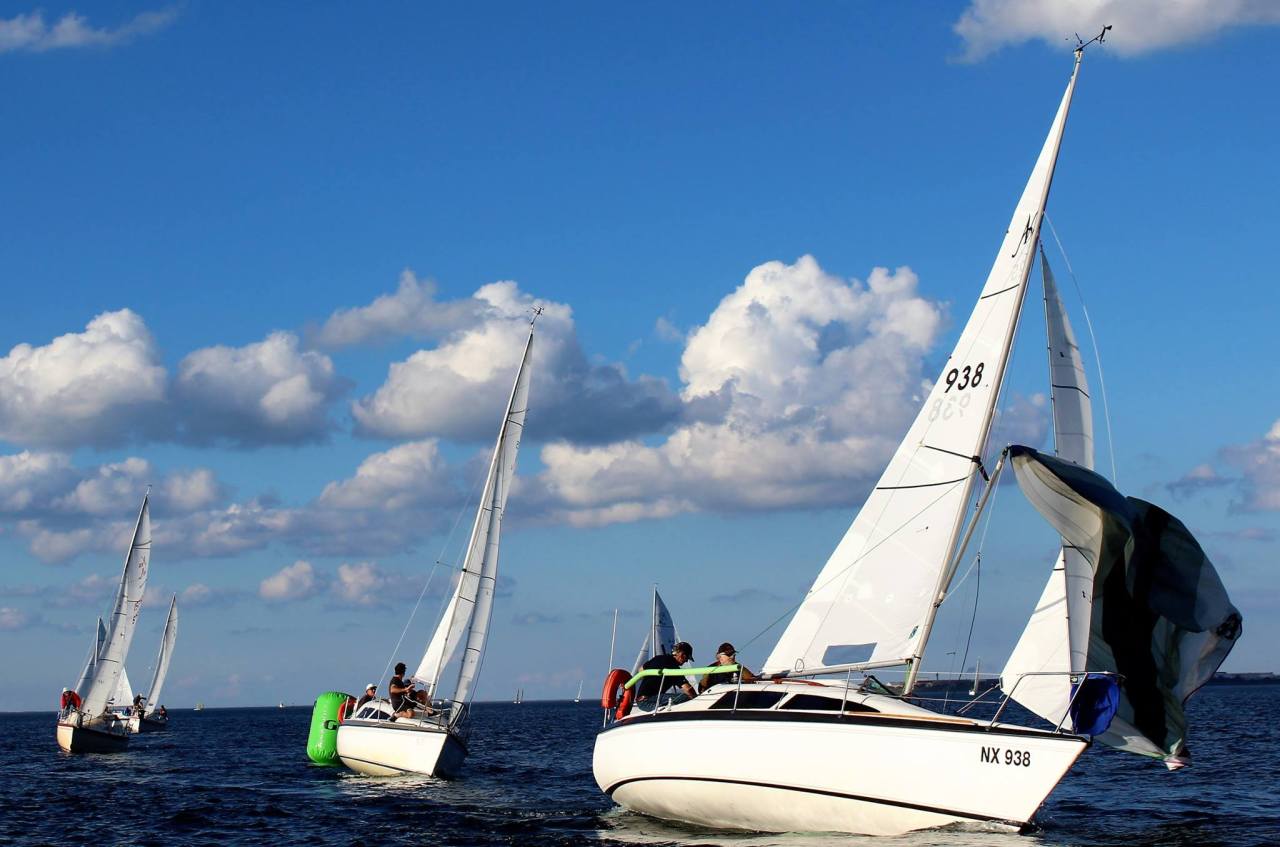