Cabin Boy’s first regatta. Held at Canberra Yacht Club on Lake Burley Griffin over the weekend of 24 & 25 October 2015, X was not at all keen about competing or sailing on the day. After some discussion he decided that he would “give it a go” (noting that we had pre-paid the entry fees!). We got down to the Club, rigged the mighty Endeavour (sail number AUS 421) and after some coaching he joined the “Green Fleet” (the fleet is divided into three divisions – Green, Intermediate, Open) for seven races over the two days. 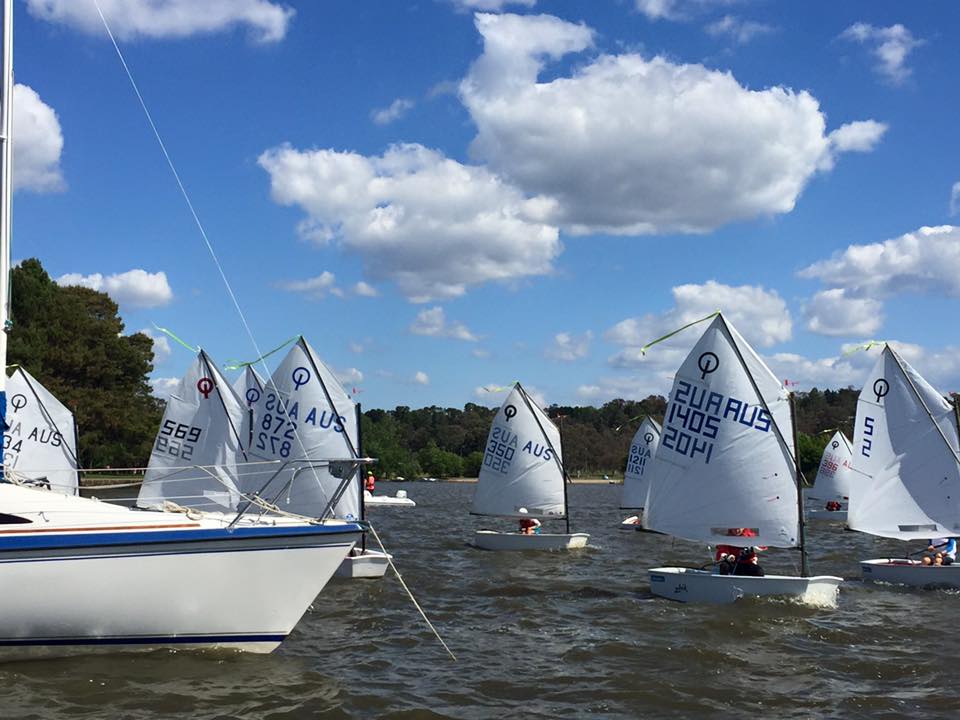 Dad provided the Start/Finish Boat for the Green Fleet and looked on with fear as 27 young sailers each tried to kamikaze the side of his new yacht! One young sailer consistently sailed his Opti into the anchor line and was then dragged by the wind down the side the boat at the end of every race!

The weather was great with winds around 10 knots, gusting to 15 knots at some times.

Cabin Boy was very pleased with himself rating 5, 1, 1, 6, 5, 1, and 11. He learnt heaps and ranked 2nd overall by the end of the regatta. He is now very keen to race and it has given him a great confidence boost.

Almost 100 entries from NSW, VIC and the ACT

Waiting for the start 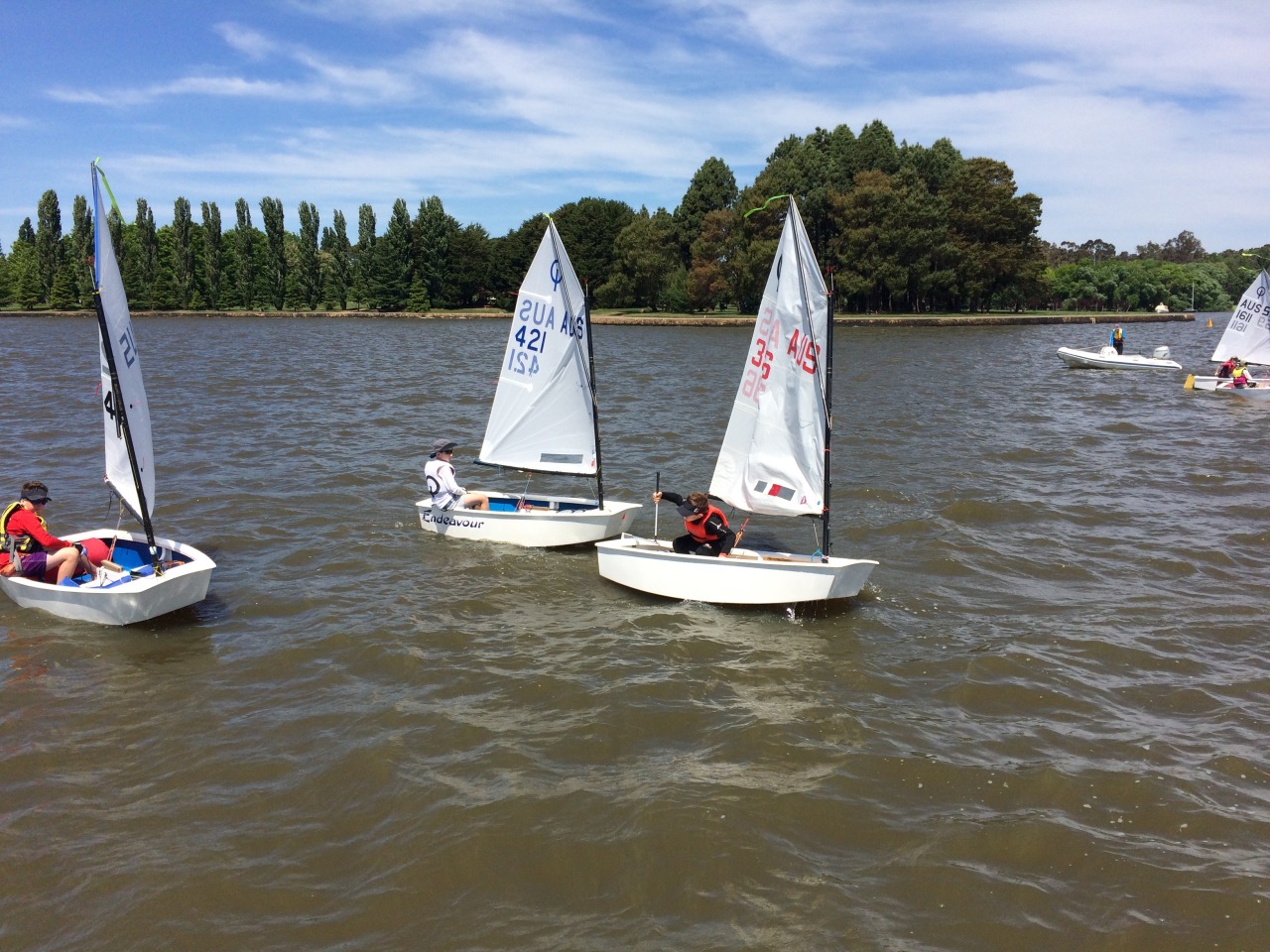 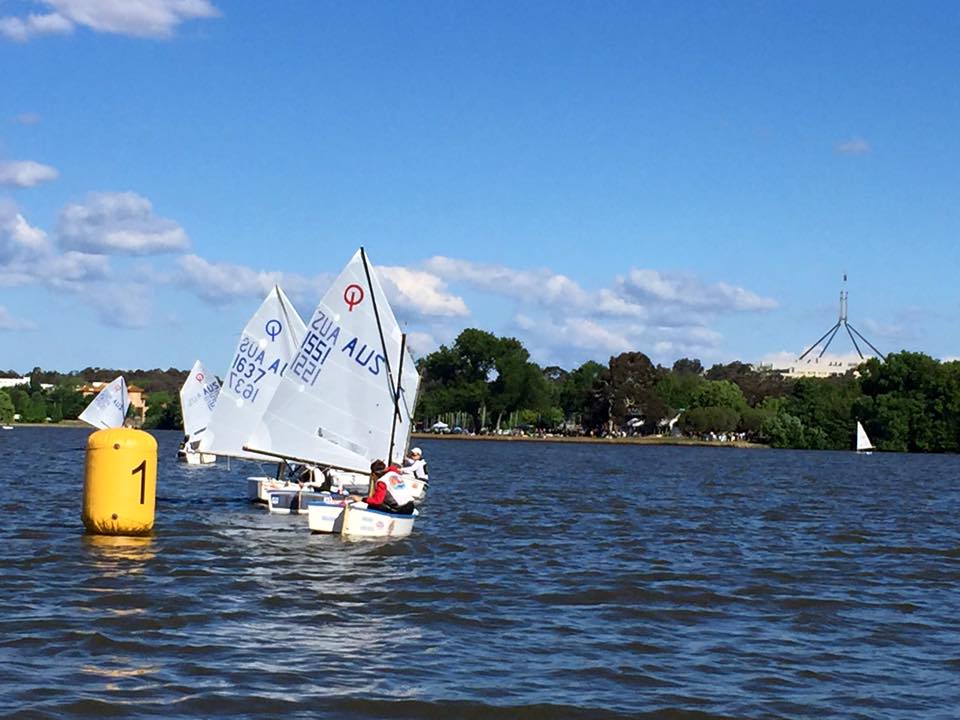 Sailing in the national capital